When Central Florida resident Jack Jimison was diagnosed with Alzheimer’s disease in 1982, his family quickly realized that they were unprepared for what lay ahead.

“After the initial shock, we knew our lives would never be the same again,” says Jack’s daughter, Shellie Brassler. “People in the early ‘80s were not as educated about Alzheimer’s disease as they are today.”

The family, including Jack, his wife Pat, and daughter Shellie, looked around for information and support…and found none. At that time in Central Florida, no organization provided services specifically for caregivers of Alzheimer’s and dementia patients.

Motivated to address this lack of local resources, the Jimison family got to work. They posted fliers around Orlando about a support group for caregivers. On a rainy Sunday afternoon in July of 1984, the first meeting was held in the home of a caregiver. The gathering was such a success that they decided to start the Winter Park Alzheimer’s Disease Family Support Group.

By the end of the support group’s first year, it had become clear that there were many others like the Jimison family, people who needed information and referral as well as caregiving support. In December 1984, the organization registered as a 501(c)(3) nonprofit and incorporated under the name Alzheimer Resource Center, creating the organization now known as the Alzheimer’s and Dementia Resources Center in Orlando. Pat Jimison was the first Executive Director.

Becoming the “go-to” source for caregivers in Central Florida

From 1984 to 2006, the center grew, expanding from the Jimison’s living room to an office in Orlando, where we are located today. Increased programs and services along the way included the addition of multiple support groups, counseling services, workshops, and an annual educational conference.

In 1996, ADRC held its first Caregiver Wellness Retreat. It became an annual event, offering caregivers an affordable weekend of respite, fun, and the companionship of people who understand each other’s experience.

A commitment to research 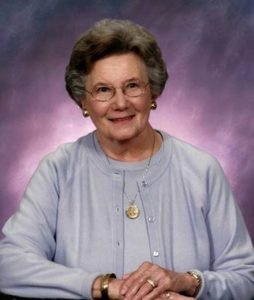 A major milestone happened in 1987, when the Center began its affiliation with the State of Florida Brain Bank. As a member of the Advisory Committee of the state’s Alzheimer Disease Initiative, Pat Jimison served alongside Dr. Ranjan Duara, principal investigator of the Florida Brain Bank Research Program, operating at Mt. Sinai Medical Center in Miami.

Dr. Duara approached Pat about creating a Bank Bank Program in Orlando to serve as a satellite site to the Miami program. Committed to the importance of providing caregivers with a definitive diagnosis of Alzheimer’s disease and other dementias, Pat Jimison recruited Dr. Gary Pearl, a neuropathologist at Orlando Regional Medical Center, who donated his time to help develop the program.

In February 1988, the Orlando Brain Bank had its first brain autopsy. ADRC continues to be active in recruiting and educating participant families and helping families understand the confirmed diagnoses detailed in the neuropathological reports.

Carrying out the mission…caring for the caregivers

For more than three decades, the ADRC team of professionals has provided thousands of caregivers with the educational resources, practical training, and emotional support they need to care for their loved ones and – equally important – for themselves.